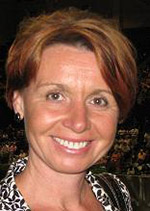 I come from a musical family. My mother was a classical music piano teacher and my father was a professional piano player. My mother was strict on teaching piano based on music theory and using the proper hand technique. My father played by ear and preferred jazz, singing and improvisation. I started playing piano at a very early age. I don’t remember exactly when, because it has always been a part of my life.

When I was eight years old I was accepted to the School of the Arts in the Czech Republic and entered the third level, as a result of piano lessons with my mother. I continued my education and in 1990, I graduated from the University of Hradec Kralove College of Education with a Masters Degree in Musical Education. I started teaching piano at the age of seventeen and continued teaching music for another fifteen years until 1998, when I moved to the USA. In 1999, I started teaching private piano lessons in Huntersville, North Carolina. In 2000, I started the music program at the Metrolina Regional Scholars Academy School of excellence for highly gifted students located in Charlotte.

Over the past ten years I developed a curriculum which included music history, theory, chorus, singing, dance, recorders and guitar.

Mrs. Zellers is currently the orchestra director at Hough High School, Associate Concertmaster with the Western Piedmont Symphony, a substitute violinist with the Charlotte Symphony. She has taught violin, viola and piano privately for nearly 20 years and enjoys seeing how music brings people together in a powerful and positive way. Mrs. Zellers completed her bachelor’s in music at Thomas Edison State College and her master’s in music education at the University of South Carolina. 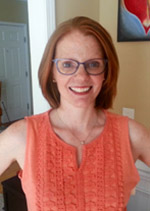 Wendy Falls, a native of Baltimore, MD has always had a love of music and singing. She grew up surrounded by professional musicians and began singing solos at the age of 6. Wendy received her BM in Voice from Stetson University in DeLand, FL where she studied with Bob and Mollie Rich. Wendy served as a soloist and choreographer for the annual Stetson University Broadway Revue, sang multiple times at The Bob Carr Performing Arts Center (Orlando, FL), The Peabody Auditorium (Daytona Beach), The Times Union Center for the Performing Arts (Jacksonville, FL) and performed the lead role as “Sandy” in the musical Grease (Jacksonville, FL). Wendy has mostly used her vocal talents in music ministry as a worship leader and songwriter for the past eighteen years. She is also a former Miss Teen of Florida and Magic Kingdom Entertainment Performer at Walt Disney World Resort. As a teacher, Wendy delights in bringing out and cultivating the unique treasures found within each student and greatly enjoys instructing them in the art of singing. Wendy is married and has three children ages 12, 10, and 6. 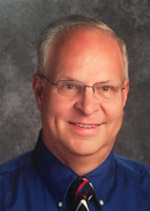 Sam Kyzer taught public school instrumental and choral music in the southeastern U.S. for over 36 years. He earned degrees in music education from The University of Georgia and Louisiana State University. His concert and jazz bands received numerous awards, including six grand championships at regional festivals. An accomplished trombonist, trumpet player, worship leader, conductor, and guitarist, Sam is also an experienced private teacher of piano, guitar, and wind instruments at Ludmila. He and his wife have three college-graduate children and five adorable grandchildren! 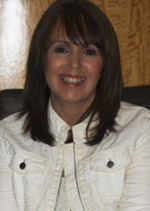 I have been teaching piano/voice for over thirty years.I studied music theory,ear training,and music appreciation at Liberty University for two years in the early eighties. After studying there, I traveled and sang with several music groups including The New Directions and the Liberty singers. In the late nineteen eighties I attended Sandhills Community College, where I trained in vocal performance, and was a member of the Pinehurst Dinner Theatre. We did musical numbers such as “The Boyfriend”, South Pacific, Oaklahoma, etc. From 1991 to 1994 I attended NC Wesleyan College where I won a vocal scholarship. I was a member of the jazz choir, and also sang with the Wesleyan choir. I studied piano and voice at Wesleyan,and during my three years there, I directed a childrens and adult choir at a Methodist as well as a Baptist church. My experience with teaching began in 1982, and continued throughout my college years. After college I taught privately for 10 yrs., and then worked for private christian schools such as First Assembly in Concord. Since 1998 I have been teaching piano and voice full time. My personal philosophy regarding music and the arts is that music is an “all inspiring gift”.To be able to pass that along to my students and observe each persons unique talents and style is such a rewarding experience. It is an honor to be a part of the process of learning, and to have the realization that maybe I made a difference in a childs life. 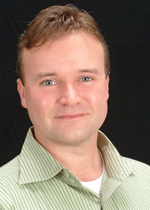 Born into a musical family, Randy began studying piano at age three. He holds a Bachelor of Arts in piano and vocal performance, a Master of Music and a Doctor of Musical Arts degree from the University of North Carolina at Greensboro. Randy worked professionally with the conductor of the Atlanta Symphony, the late Robert Shaw, for over eight years and participated in numerous professional choral workshops at Carnegie Hall in New York City. Randy has performed extensively in the United States and Europe (London, Prague, Budapest, Vienna, Venice, Florence, Sienna, Rome, and Urbania). Randy has worked with a number of theaters in North and South Carolina as vocal coach and music director – Clater-Kaye Theatreworks, in Hickory, NC; The Edge Theater in Rock Hill, SC; and Fort Mill Community Players, (SC); UNCC; Theater Charlotte; and Children’s Theater of Charlotte. Randy is currently the Director of Worship Arts and Media at a church in Mooresville, NC and voice and piano teacher at Ludmila Academy. 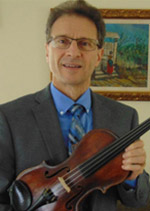 David comes from a long line of Italian musicians. He started lessons with his father, George Lorusso. At age 4, his Uncle, Raphael Lorusso, a master violinist, made David’s first violin!
At age 5, he entered the violin program from at Longy School of Music just blocks from Harvard Square in Cambridge, Massachusetts. He studied various works from J.S. Bach, Beethoven, Georg F. Händel, Mozart, Vivaldi and others. His studies included Music Theory, Solfege, Composition, Ensemble playing and private lessons through his college years. He played solo violin Concerti, and duets for violin & piano. He continued with private lessons from an Arlington Philharmonic violinist, where his Father and Uncle played.
Later, he studied piano and the works of J.S. Bach (2 & 3 Part Inventions) and Chopin and sang and toured with the Chorale while attending Barrington College in Rhode Island. David played in competitions, Church Praise & Worship, Radio (Boston) and in Taiwan with a Filipino Band.
David currently plays as a guest violinist at a local Assisted Living Facility. He has traveled extensively and lived in Latin America, Europe, Middle East and in Taiwan. He enjoys foreign languages, teaching and desires to pass on the gift of music to the next generation. 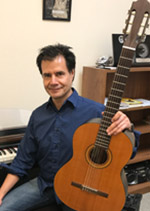 John Paul has over thirty years of experience teaching piano, electric/acoustic guitar, bass and drums, among other instruments (clarinet, saxophone, violin), to students of all ages. In the past he recorded in
studio for other bands and performed professionally for about 10 years. He has excellent communication skills and the unique ability to translate any idea or situation into an catchy song. John Paul is a confident and concise communicator, able to teach with clarity and humor. Previously he was the director of several after school music programs at the Valley Christian school (Dublin CA) for elementary, jr/high school, the Carden West elementary school (Pleasanton CA), and was the music teacher for the San Ramon Unified School District (San Ramon CA). During those years he
was the director of the Hispanic choir at several churches in the Bay Area (California).
He started a pro-bono music program for low income families in Livermore, wrote and produced three successful Christmas programs and four musicals. Born in Santiago, Chile, John Paul lived the last 28 years in California (San Francisco and San Diego) and moved recently to Cornelius. 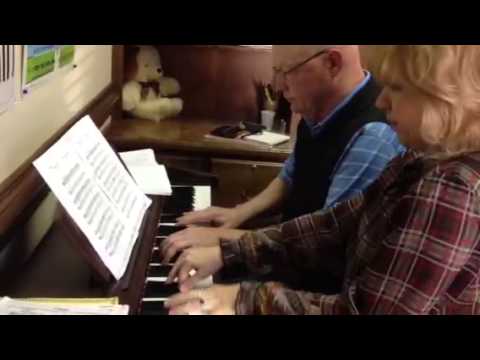 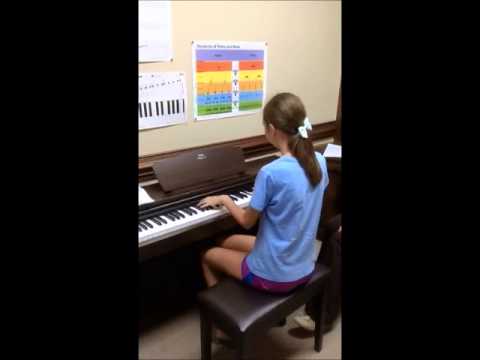 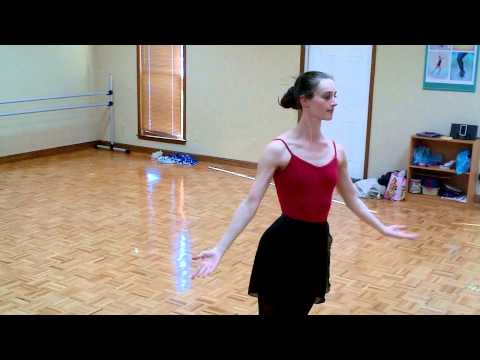 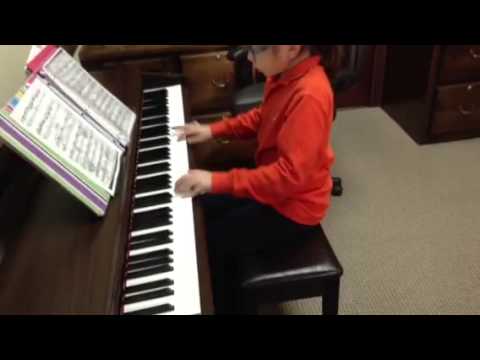 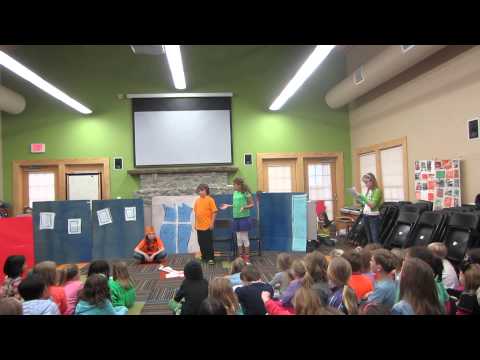 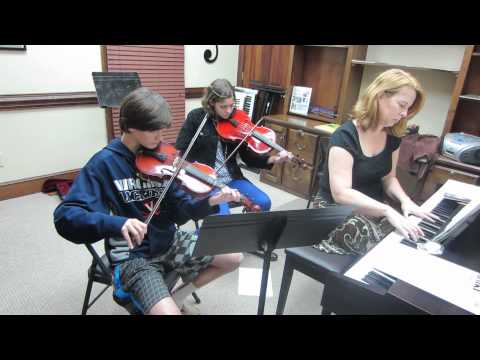